Two of the unsung heroes of the DUA/MOLAS in the years between 1988-1991 were Patrick Connolly and the late Alan (Al) Gammon – former Thames Mudlarks who were employed (on a full salary would you believe!) as full time metal detectorists working alongside the archaeologists.

During this time they worked on a number of high-profile archaeological excavations across the City, and there was consequently an enormous spike in the number of metal finds recovered during that period, as compared to the levels of recovery before or after. I will endeavour to find a photo of Al, although there is no such problem with Pat – because after slipping off the radar and ‘resting’ for a period of 20+ years – he is now back in the fold (bus fare money only this time) and has been volunteering on a whole host of MOLA sites these past couple of years. The most stunning of these sites in terms of metal finds was the Bucklersbury House (Temple of Mithras) site – where Pat was responsible for the recovery of the bulk of over 10,000 accessioned finds. Pat can be seen in the Regis House group photo taking a quick nap behind Bruce, with the more recent photos showing him with one of his finds at Bucklersbury House, the other alas reveals the horrific truth that following his reported ‘disappearance’ in 1991 – he had in fact been kidnapped by MOLAS and has been kept in the back of an assortment of tool vans ever since.
Despite his incarceration (and this says much for the man) he has managed to retain his mischievous sense of humour throughout.. 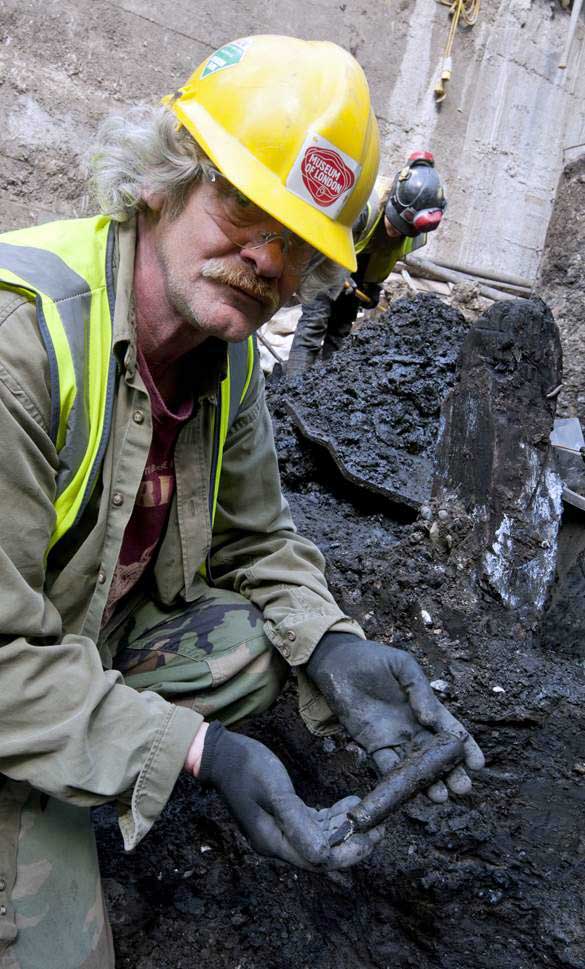 Pat with one of his finds at Bucklersbury House. 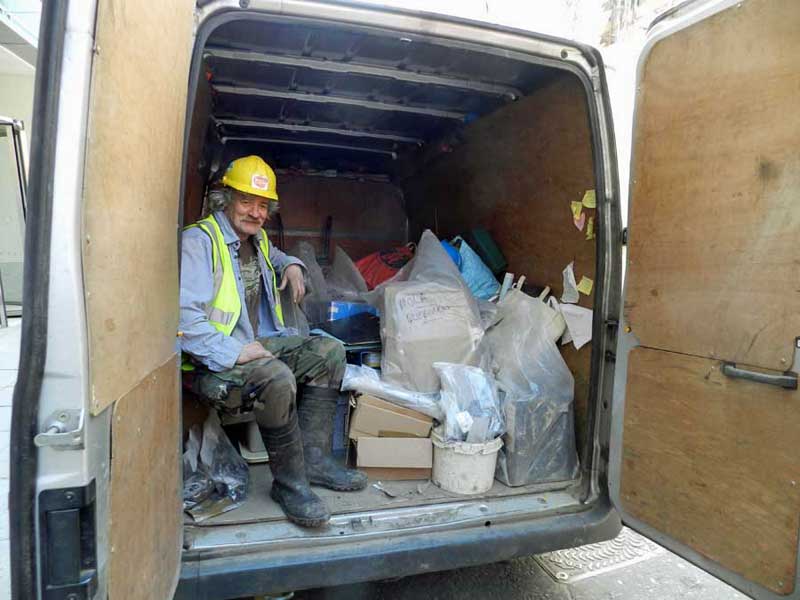 Pat Connolly in the MOLAS van. 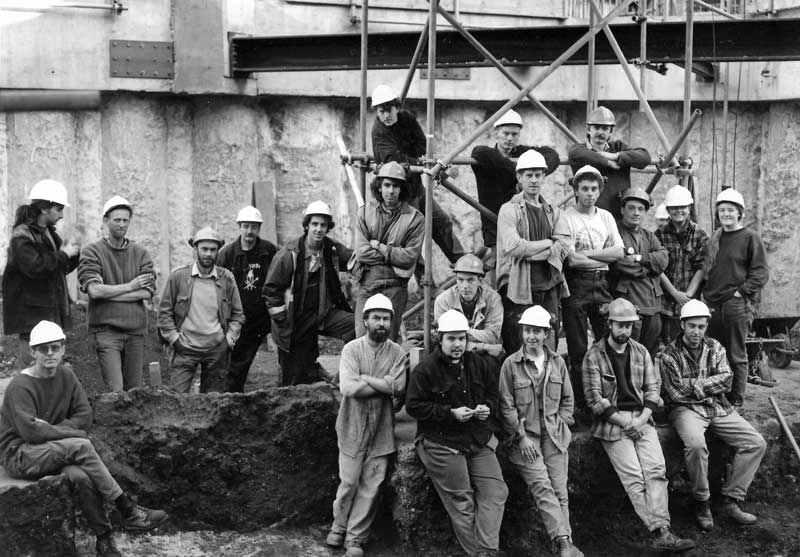