The two archaeological sites closest to the seat of the fire, which started in Thomas Farriner's bakery on Pudding Lane, were at Peninsular House (PEN79) and the neighbouring Monument House (BPL95), which both contained well preserved cellars of buildings destroyed in the conflagration. 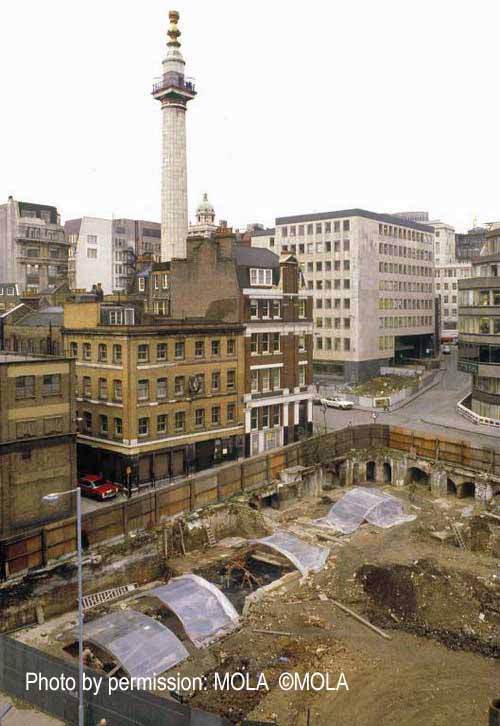 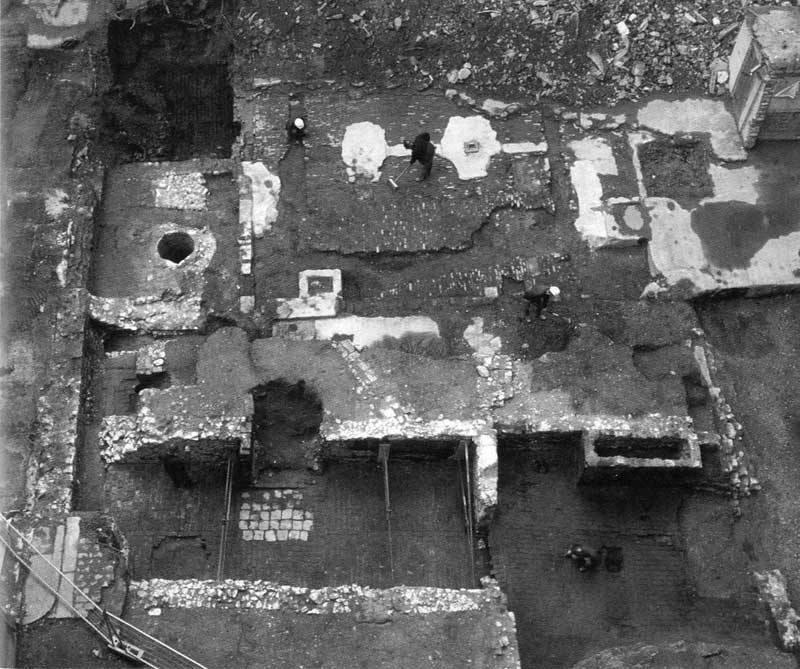 Aerial view looking west across Monument House (BPL95), with Building 7 rooms A and B (foreground), Building 6 and well (S7) (upper left) and courtyard (OA7) (upper centre) at. The Roman culvert and its access drop shaft have yet to be discovered 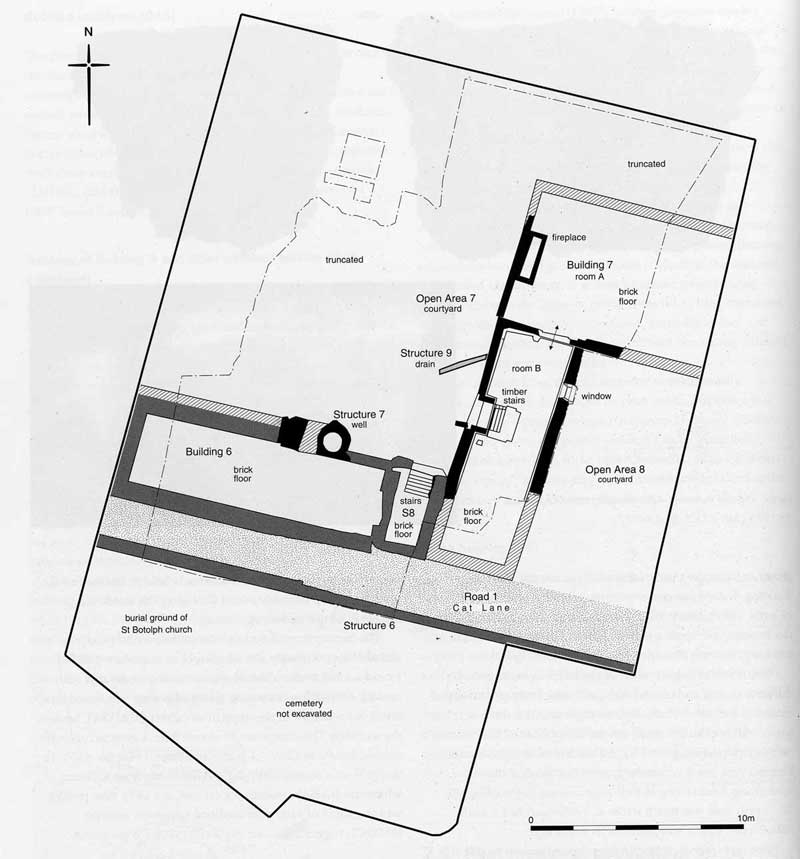 Plan of building complex Building 6 and Building 7 at Monument House (BPL95), destroyed in the Great Fire of 1666 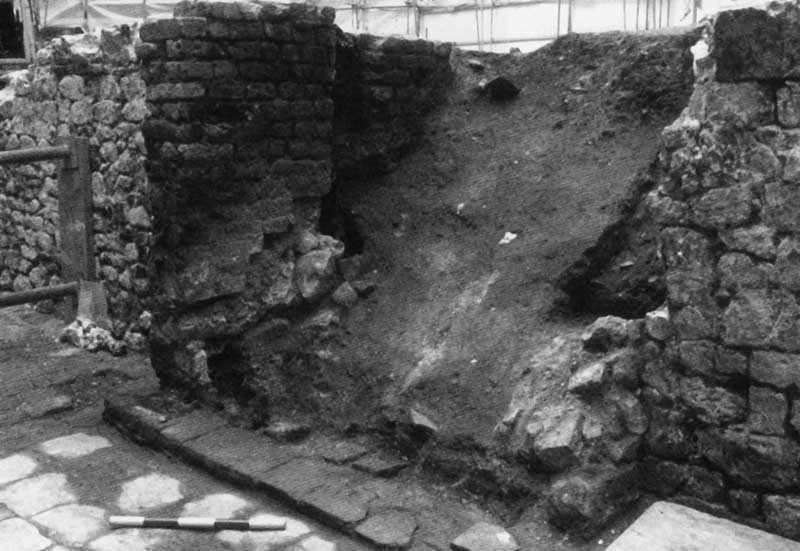 The remains of the staircase walls and limestone floor slabs in Building 7 room b at Monument House (BPL95), looking south-west. The wooden stairs were destroyed in the Great Fire 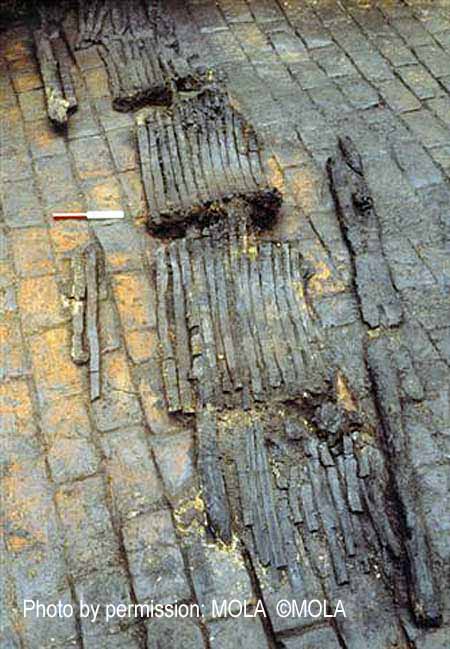 Found on the floor of the Peninsular House cellar, were the burnt remains of about twenty wooden barrels, which are thought to have contained wood tar probably used for waterproofing ships’ hulls. Whilst no similarly highly combustible material was found in the Monument House cellars, their destruction backfill produced an incredible array of ironwork, which notably included 4 mounted locks, at least 16 padlocks, and 13 keys (clearly someone was either very security conscious or a budding escapologist).

Other finds included a rapier, a goffering iron, used for making rounded folds on ruffs or collars, and wait for it, a pair of waffle tongs, for making decorative wafers. An illustration, if one was needed, that throughout history London has always embraced different cultures and foods from across the globe. 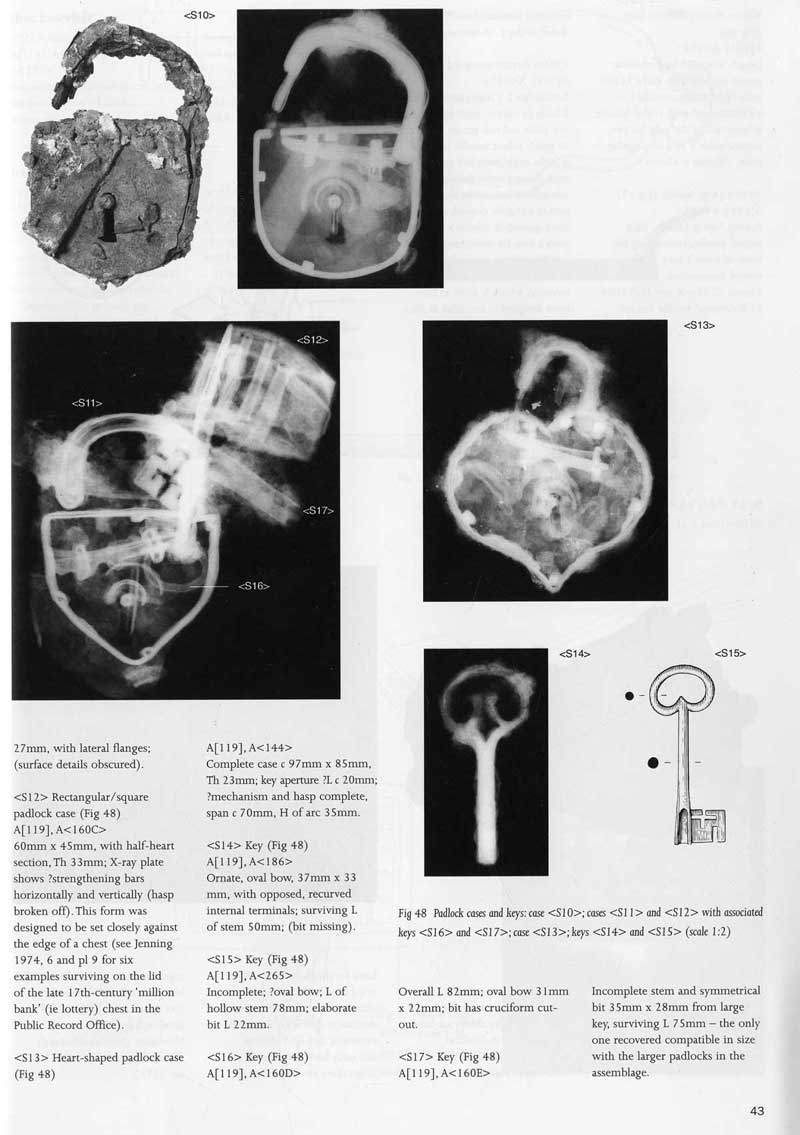 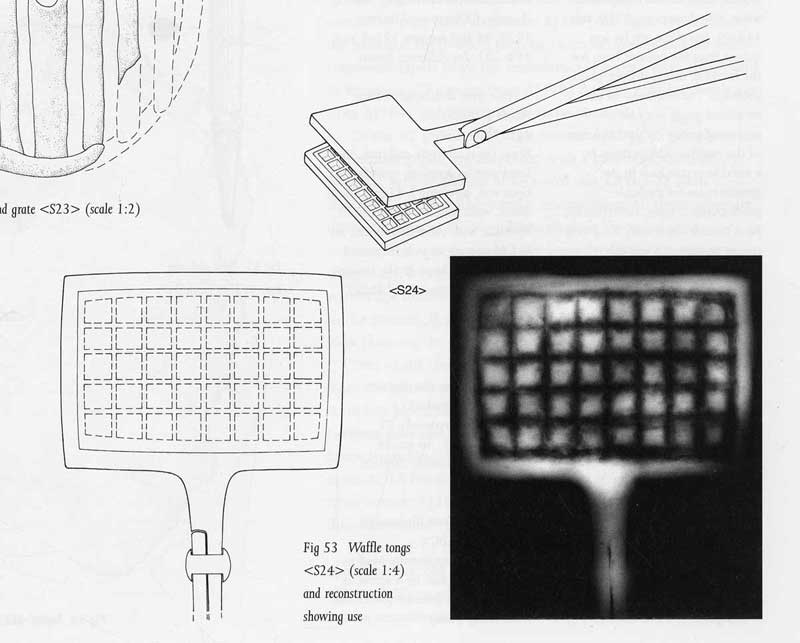