Low Down on Low Hall

The second (and most important) post related to Low Hall Manor, is a simple acknowledgement of the people who worked on the site. This element of bringing the archaeologists centre stage and out of the shadows of the archaeology we have all so lovingly excavated over the past decades, is central in what we continually strive to do with Hobley’s Heroes. With the future launch of the site ‘Digging London’, we will have the opportunity to expand our remit, and better reflect the complex history of the individuals and the units that are an intrinsic part of the story of the development of urban archaeology in London since the Second World War. 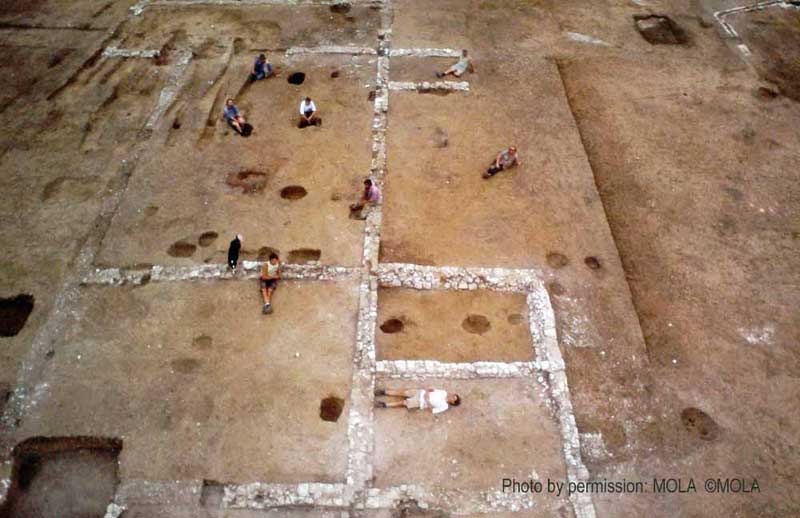 Archaeologists relaxing in the remains of the medieval manor house, following a hard week or two licking the site clean for the final photos. From the front: Richard Turnbull in the solar extension, Ian Blair in the solar, Kaya (about to enter the solar from the great hall), Ryszard Bartkowiak and Chris Pickard, and two extras? in the great hall, Malcolm McKenzie outside under the stars (and the only person without a virtual roof over his head), and Mark Burch in the porch outside the great hall. The elongated service wing at the lower end of the great hall is at the top of the photo 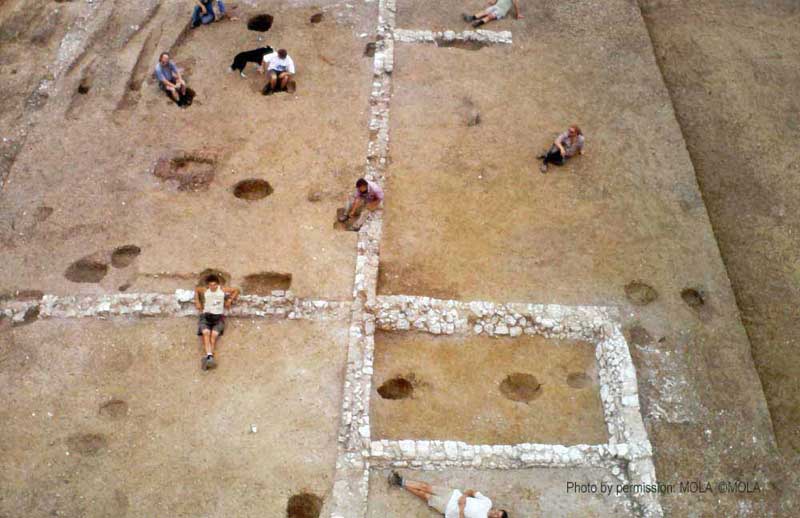 Closer cropped view of archaeologists at rest in the remains of the medieval manor house (names as before, with occasionally faithful hound Kaya, now returned to his master!) 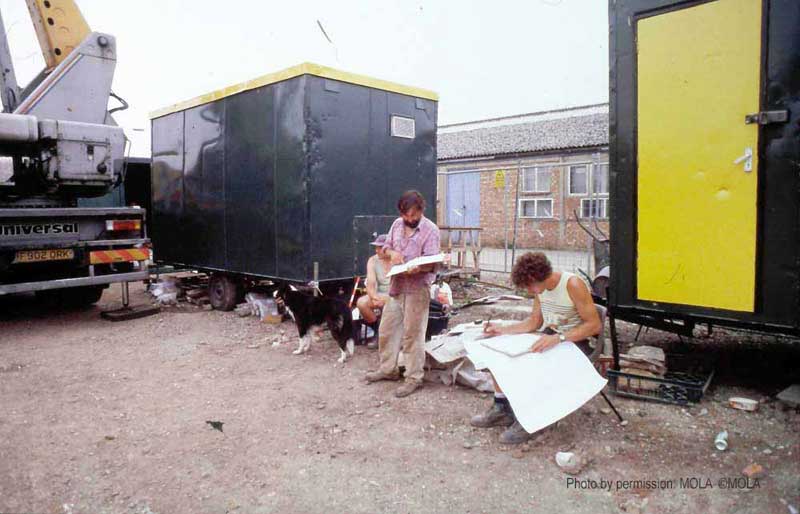 Kaya, Mark B, Rysz B, and Ian B, taking the opportunity to catch up on paperwork 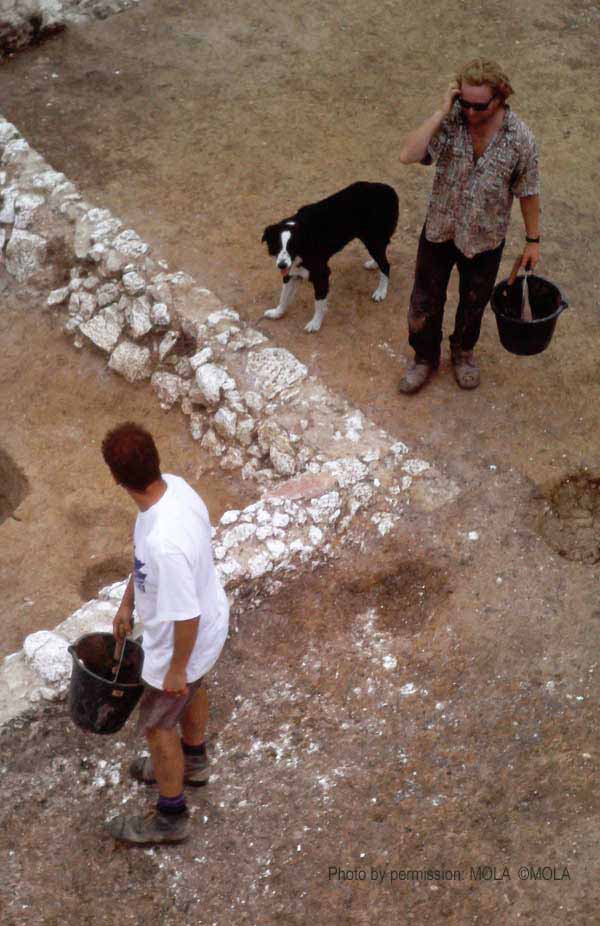 Chris P, Kaya and Malcolm M, captured from above by an early experimental pilotless drone 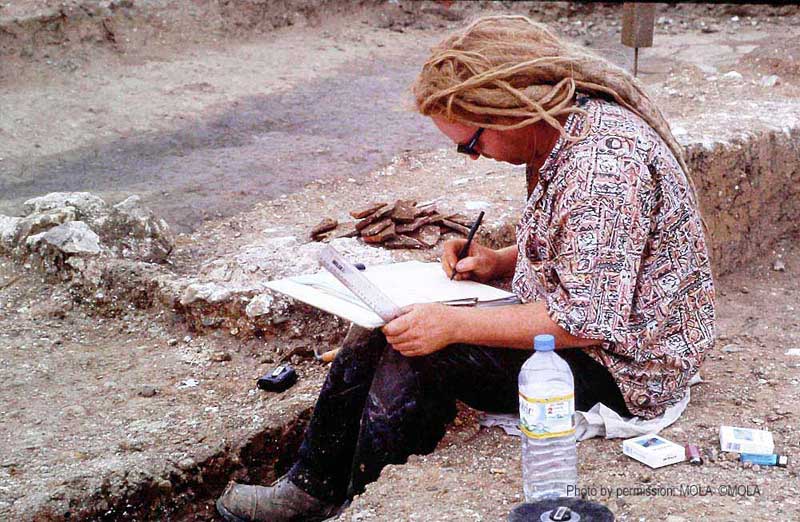 I love this photo, which oddly did not make the final cut for the MOLAS 1998 Annual Review (no idea why!). Malcolm M in full recording mode, with water (well it was very hot), and lots of fags (well it was occasionally stressful). The transistor radio is just out of shot, I kid you not. 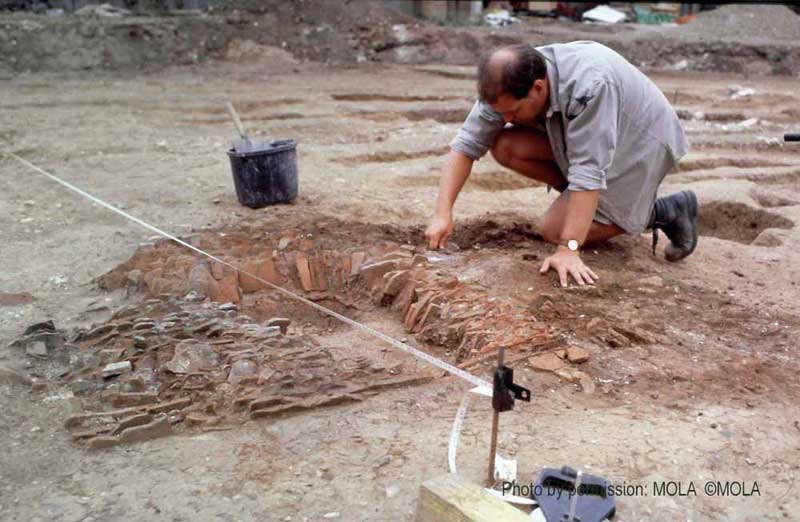 Mark Burch and tile hearth in the great hall of the manor house (quite funny: I’ve only just noticed that Mark although striking a pose, doesn’t actually have a trowel in his hand, unless it is a very, very, very small one!) 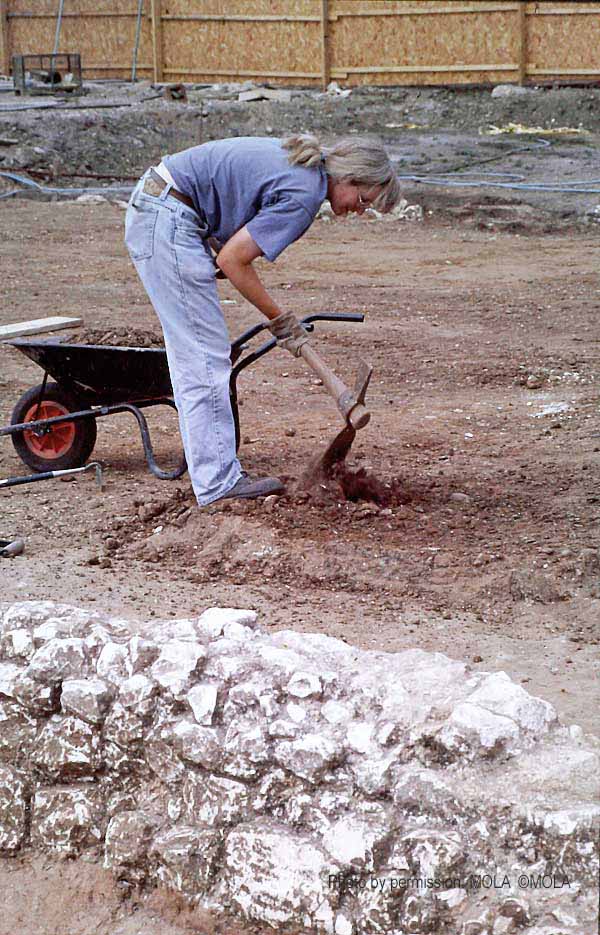 Val Griggs toiling away as ever 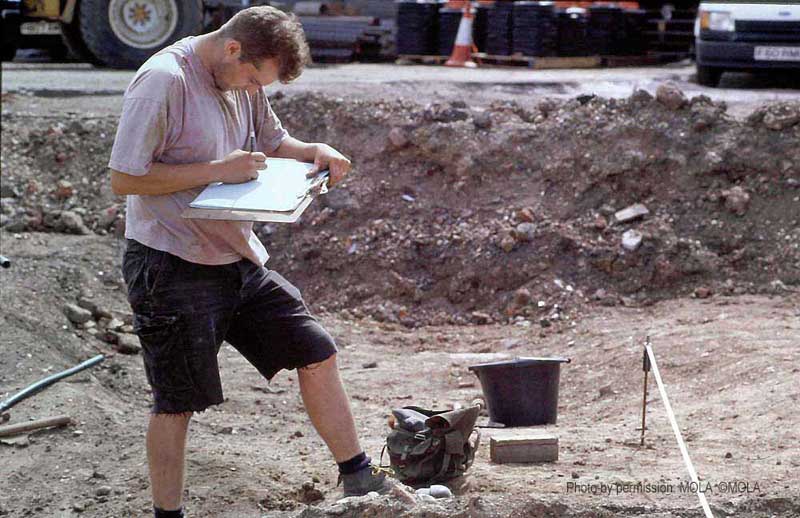 Chris P having been deserted by Kaya, who was probably off keeping an eye on Rysz 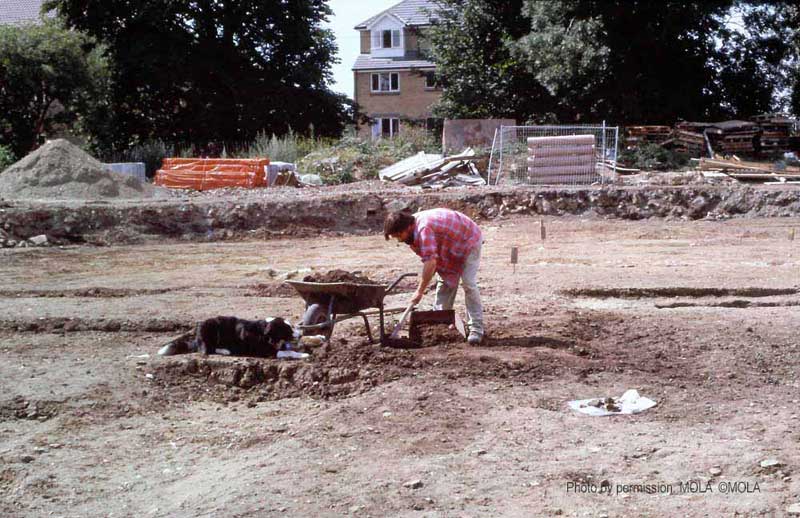 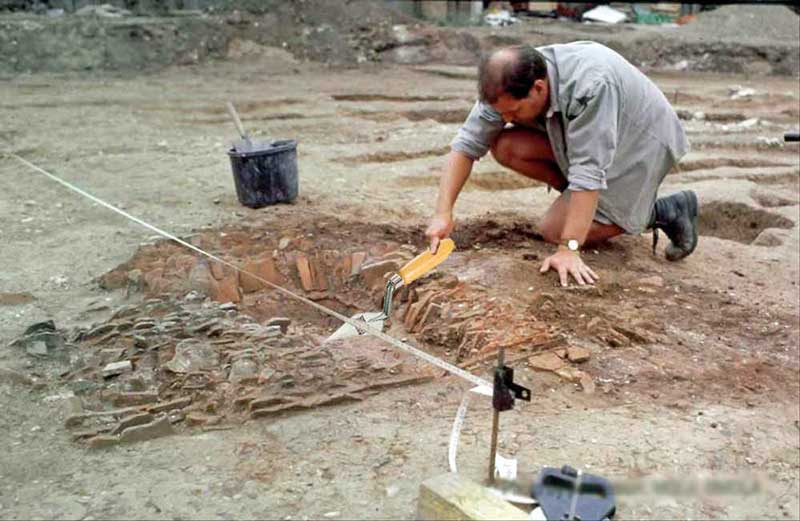 Thanks for sending me the uncensored version of the photo of Mark at work with his very, very, very big trowel, which I hadn’t previously seen. It’s inappropriate usage, is clearly the reason for the large central area of the hearth being damaged, so I can see why Big Brother and the overly sensitive archaeological censors here in London, would have sought to Photoshop it out of existence.