What price an archaeologist?

The recent posts and comments related to early pay rates in the DUA, brought to mind the discovery of an ancient dust-covered file, containing contracts and pay slips dating back to my arrival in the DUA at the start of 1978. At that time, I joined a merry band of archaeologists on the GPO site in Newgate Street (GPO75), which at times could reasonably be described as betwixt an archaeological excavation and the Glastonbury Festival. The majority of the staff had been taken on as part of an on-going Job Creation Programme (JCP) scheme, although the funding was to only last for a further six months, before a landmark decision saw the Museum of London take the DUA under its wing. My first three month contract with the museum began on 17 July 1978.

The fragile ancient paperwork contained in the aforementioned file, has recently returned from extensive work in the conservation laboratory, and so can now be revealed in its full glory. My initial contract shows that I was employed for the princely sum of £49.11 per week, or £2,553.72 per annum, which is roughly akin to £14607.28 in 2017. Our wages were paid weekly, with pay packets containing real money delivered to site by Diana Twells (the DUA’s departmental secretary) and often thrown like confetti from street level to a frenzy of expectant archaeologists gathered below. 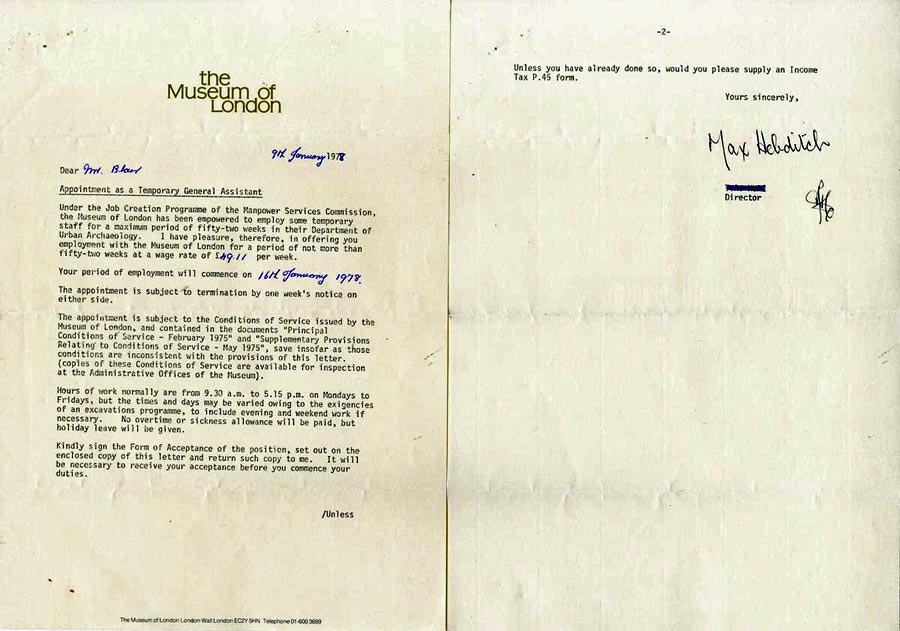 My take home pay in those early months of my archaeological career in London varied from £36.00 to £36.50 in alternate weeks. Whilst it seems improbable that this small amount of money could ever have been sufficient to survive on, oddly enough it actually was, and says much about the comparative cost of living in the metropolis then as compared to today. Admittedly, my abode for the first nine months was a very small room in a large Victorian terrace house close to Caledonian Road, which only set me back £16.00 a week, and for reasons unknown had milk thrown in. Exactly how many people lived in the house I never ascertained, but suffice it to say it was an awful lot. The basement being home to a large number of Irish labourers (who you never ever saw), the ground floor occupied by the Irish couple who owned the house, and the rooms on the upper two floors taken up by a mix of undergraduates at UCL and archaeologists. 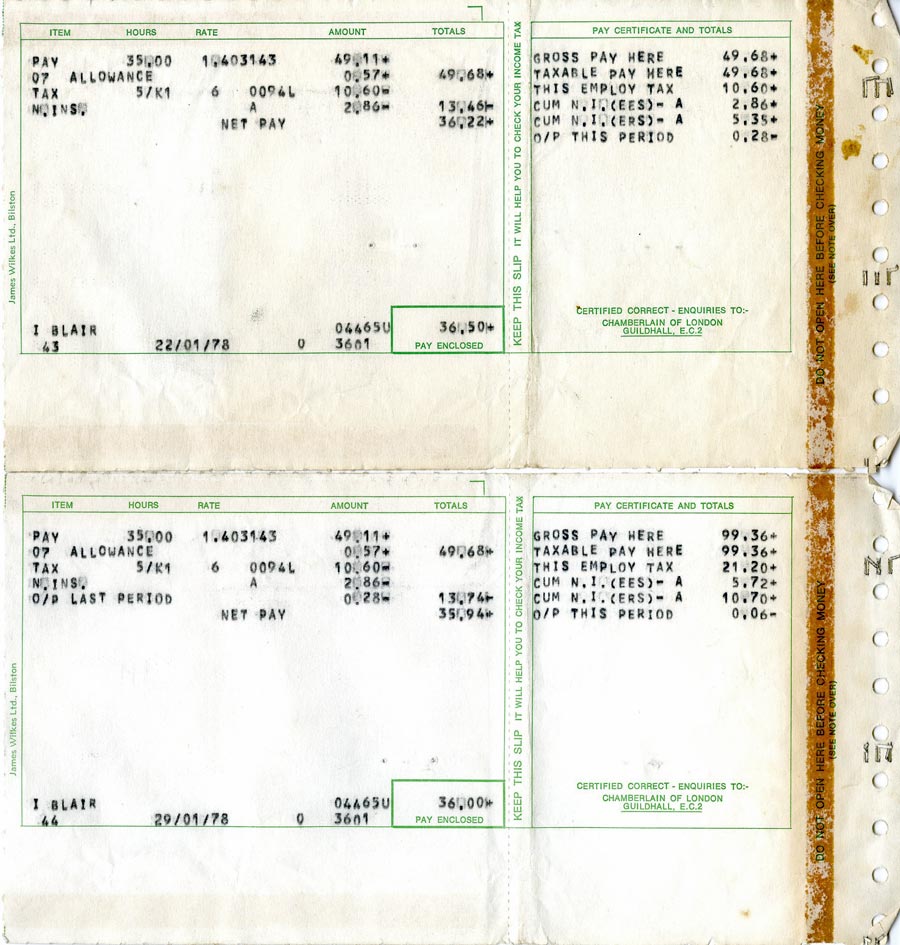 Looking back from a distance, one thing that is evident is that had I been starting out as an archaeologist in more recent times, my career would almost certainly (like most archaeological contracts) have been of short duration. It saddens me, that with the steady depreciation in salaries relative to the ever spiralling cost of urban living, that despite the love for the job that we all do, that this is insufficient to enable today’s generation of archaeologists to put down similar roots in London, and will inevitably lead to further talented and dedicated people being forced through necessity to seek a better life and their fortunes elsewhere. 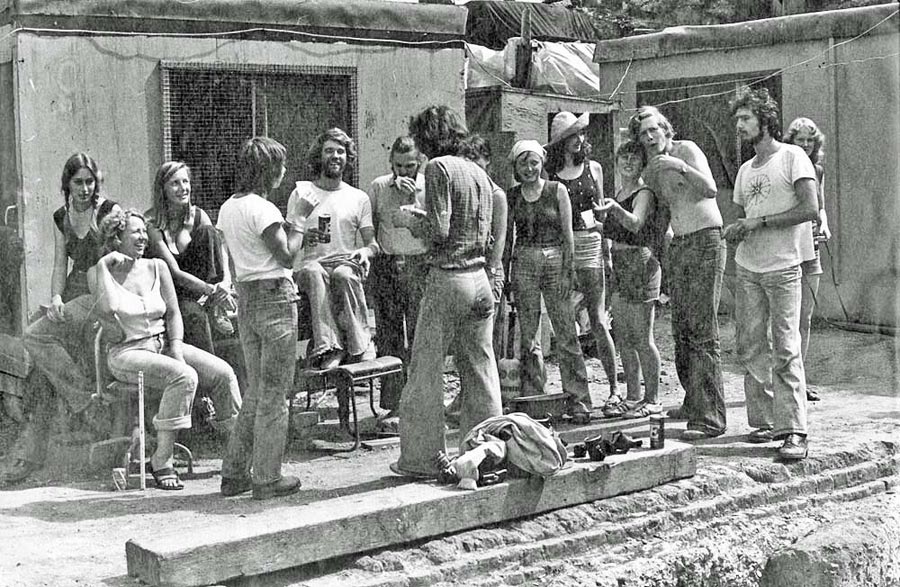 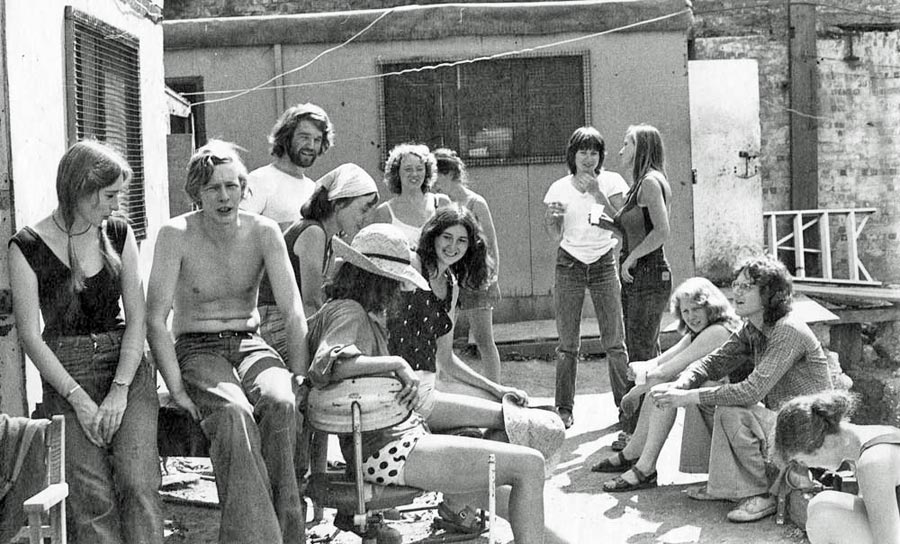 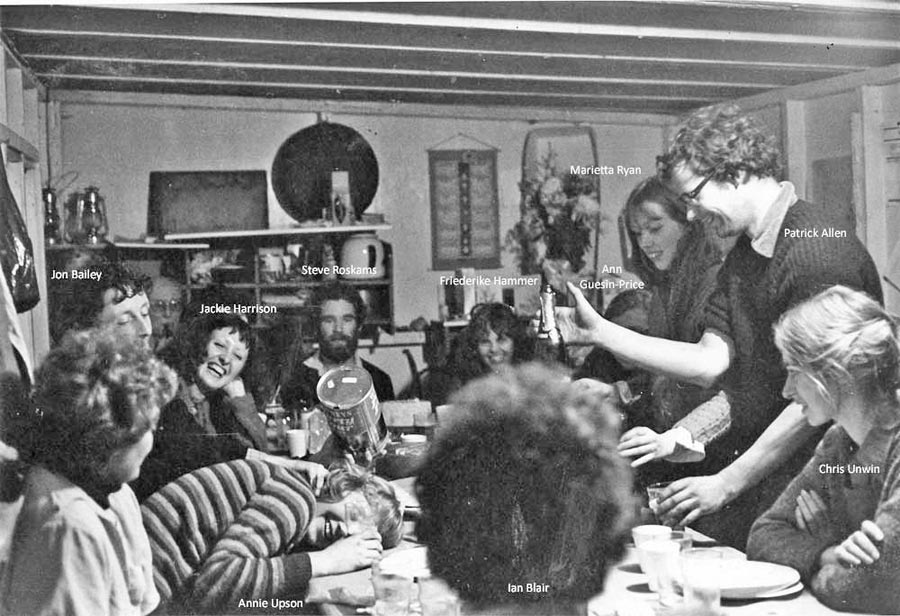 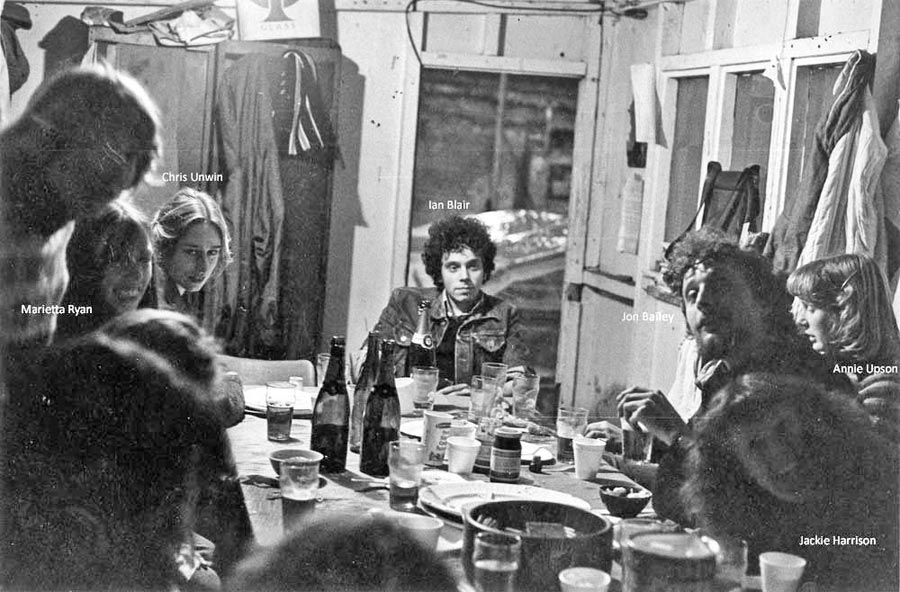 GPO Newgate Street 1978: party in the site hut (x2). Note the new boy sat next to the door surrounded by five empty pint glasses (which might help explain the far away expression!)
Photograph from Friederike Hammer 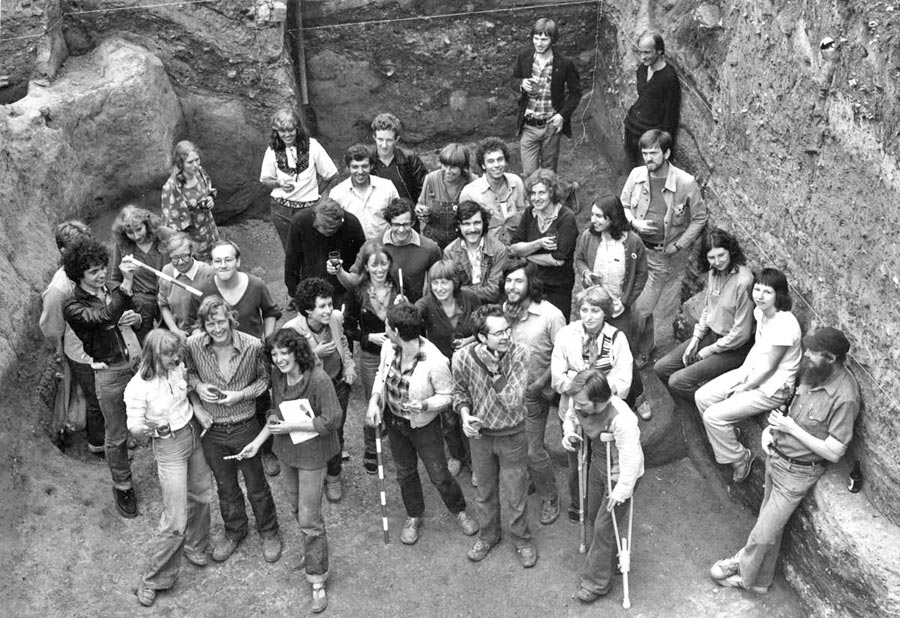