In 1991, I was asked by this magazine - for the international study and practice of English, with audio and glossaries, written and spoken in native English, with information, culture and leisure for Italians [there were editions for various other languages] who use English as a second language - to write about the archaeology of the City of London. It features a glossary on every page featuring translations of ‘technical’ terms, some of those that caught my eye were ~ ‘muddy’ is ‘fangoso’; ‘fast track’ is ‘superveloce’ and ‘vagary’ is stravaganza.’
The article features a general introduction to archaeology in the City, then focuses on the discovery of the Roman amphitheatre. It comments about the difficulties of interpreting urban archaeological remains where perhaps some 60% or more of the original archaeological deposits have been removed unseen and makes the point that ‘Rescue archaeology’ is dependant on developers and what sites they want to build on and that the DUA does not choose the sites it digs. It ends by noting the lack of a state archaeological service and a safety net in times of sudden, severe recession, with consequent redundancies of staff.

And now there is another emergency affecting archaeology and yet again uncertainty about employment, prospects and furloughing etc., and with some of the more unscrupulous developers trying to use the situation to renege on agreements. 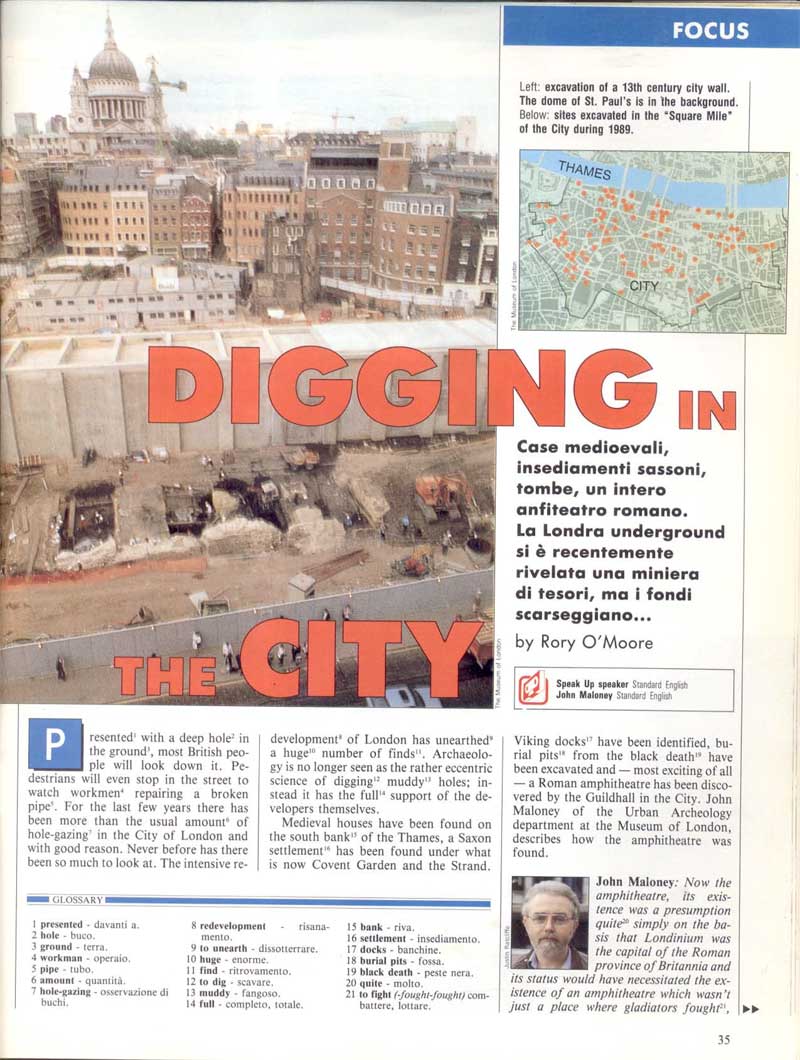 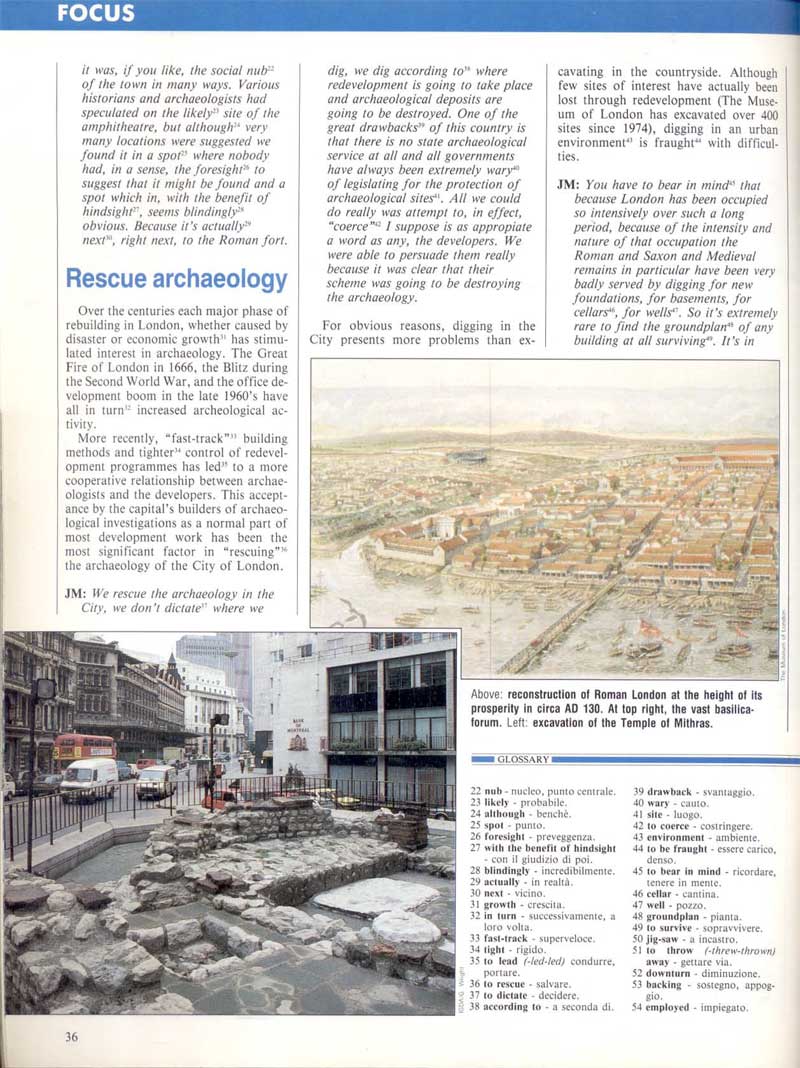 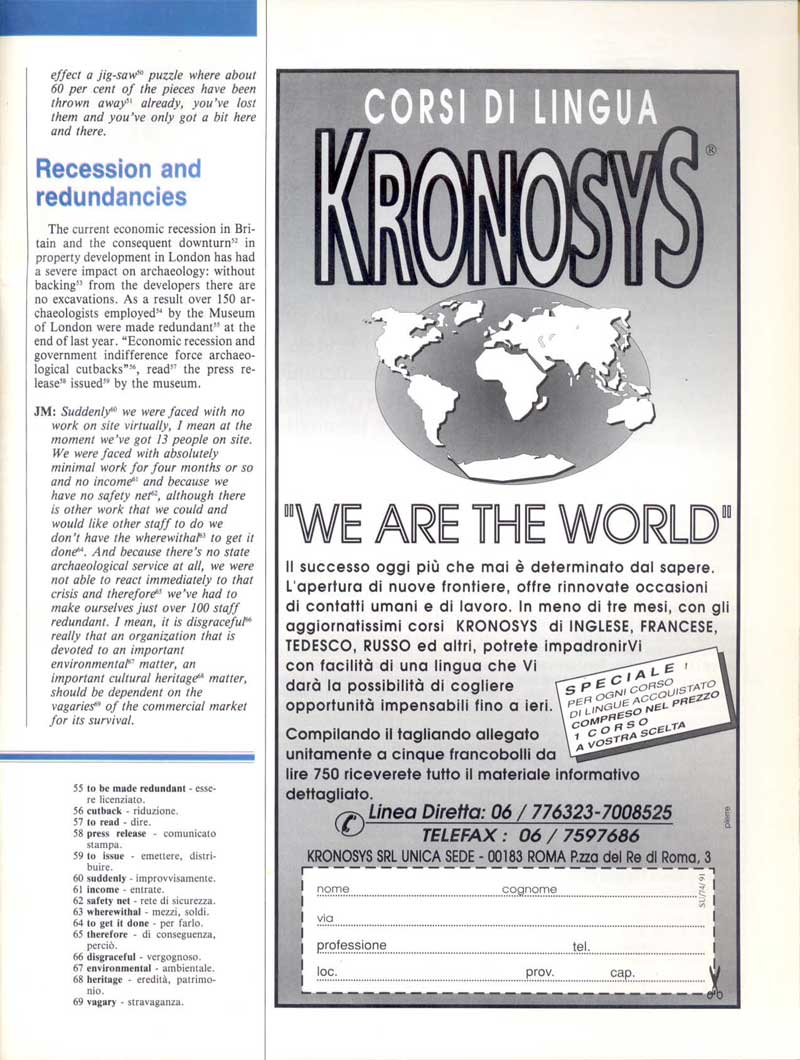