'Archaeology through a lens':

Unsung heroes of London archaeology No.533

It struck me recently, that whilst there have been hundreds of archaeologists working in London since the formation of the DUA in 1975 to the present day, just how few photographers there have been in the intervening period, a paltry six in over forty years of continuous archaeological excavation! 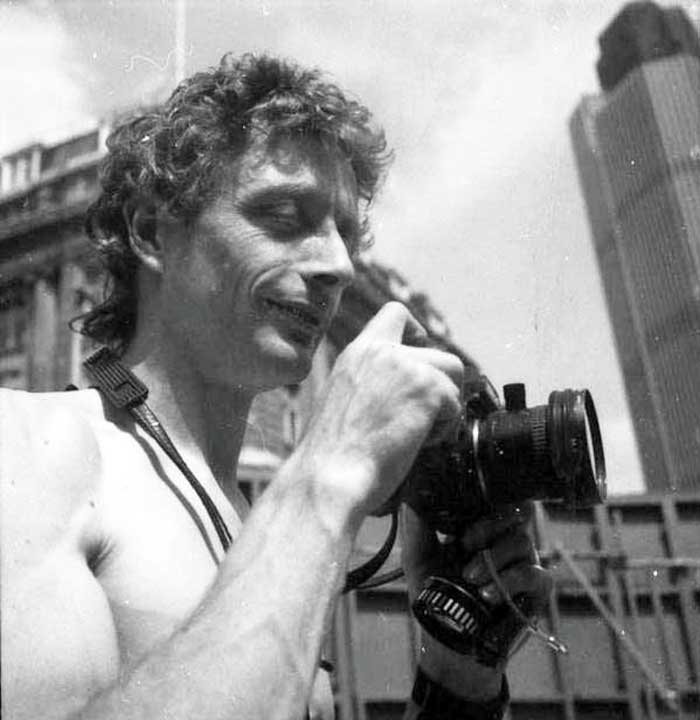 All of these backroom girls and boys are worthy of special mention, as they are rarely themselves captured on film, standing as they do on the wrong side of the camera, in their quest to put our finest discoveries and dirt-cleaning efforts on celluloid. For the first time, these ‘faceless’ six are unmasked, and duly credited for their invaluable contribution to the cause of London’s archaeology. 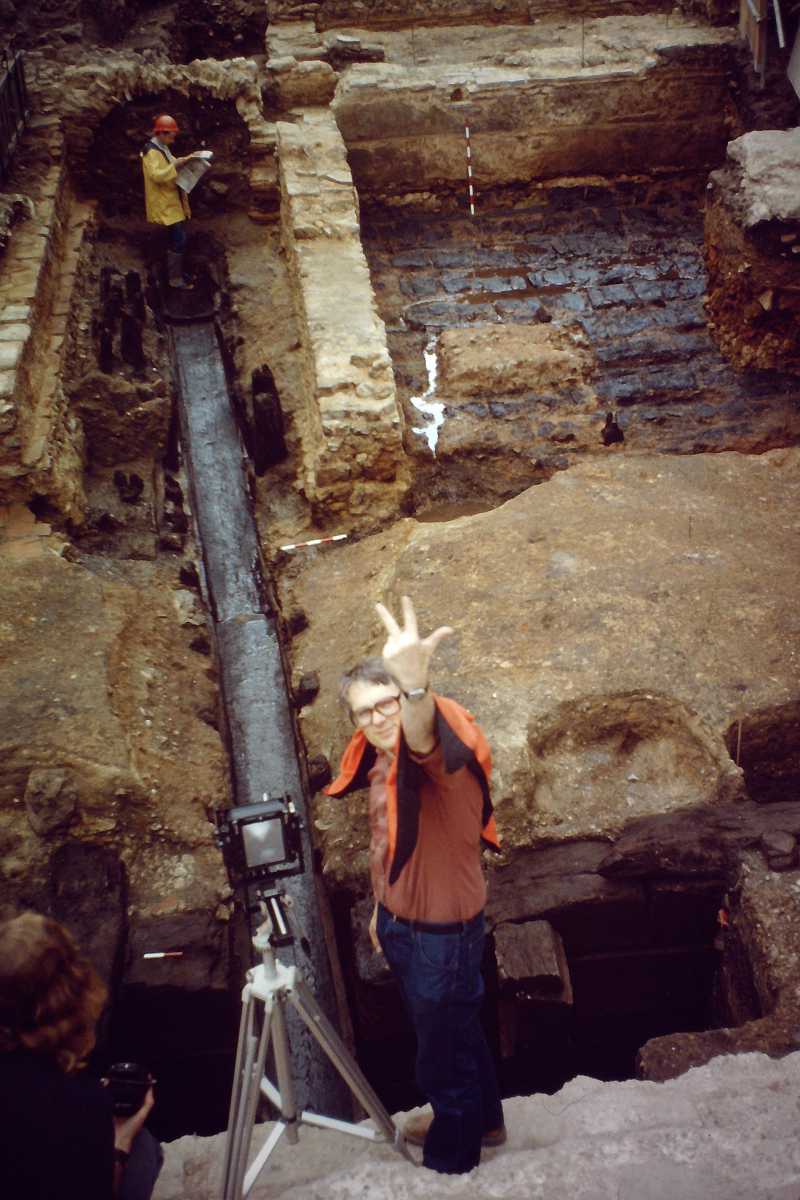 Trevor Hurst and Jon Bailey on Pudding Lane (PDN81) in 1981. Jon is standing in the box drain in the background
of the Roman warehouse reading the newspaper (as you do!)
(photo: Pete James)

When I first joined the DUA, the photographic department was headed up by Trevor Hurst assisted by Jon Bailey, and subsequently Jan Scrivener. Trevor was an incredible perfectionist when it came to photo cleaning, and was known on occasions to walk away if he felt that our efforts were below standard. Although, this may seem to be a pain, especially when we may have spent days working towards a final site photo, the high standards that he aspired to, have remained with me to this day, and I am grateful for that. 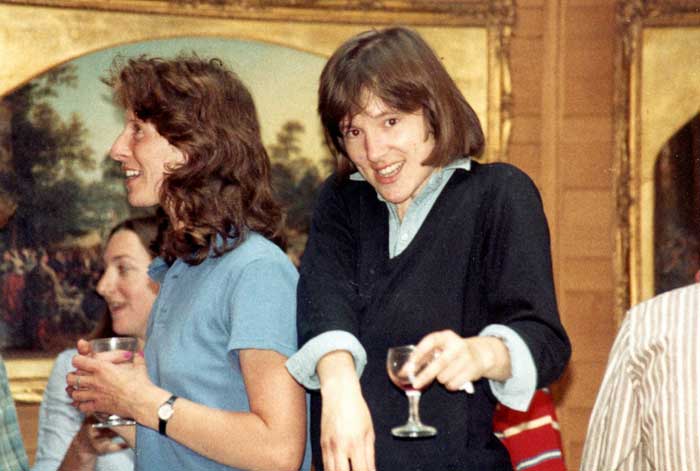 Jan Scrivener (right) with Charlotte Harding (left) ligging at a boardroom do at the MoL sometime in the 1980s
(photo: Jon Bailey)

Next into the DUA darkroom, was Maggie Cox, who joined the Museum of London in 1983 and was subsequently joined by Andy Chopping in 1990, both of whom have been assisted on frequent tours of duty by Edwin Baker. Maggie and Andy have never left the building (well, obviously not literally!), and are now well dug-in here at MOLA, where they continue to produce fantastic archaeological imagery on a daily basis in their canal side home.