‘Rebuilding London – if they have to preserve these Roman discoveries’

Given that more than sixty years have passed since the publication of this cartoon inspired by the discovery of the Temple of Mithras, we can justifiably say that the perfect archaeological storm, of developers having to preserve every Roman building, structure and artefact in situ, never did actually come to pass. In fact, there are still relatively few preserved Roman remains in the City of London, although we did manage to slip the odd amphitheatre, bath house, and stretch of subterranean culvert under the radar in the intervening years. 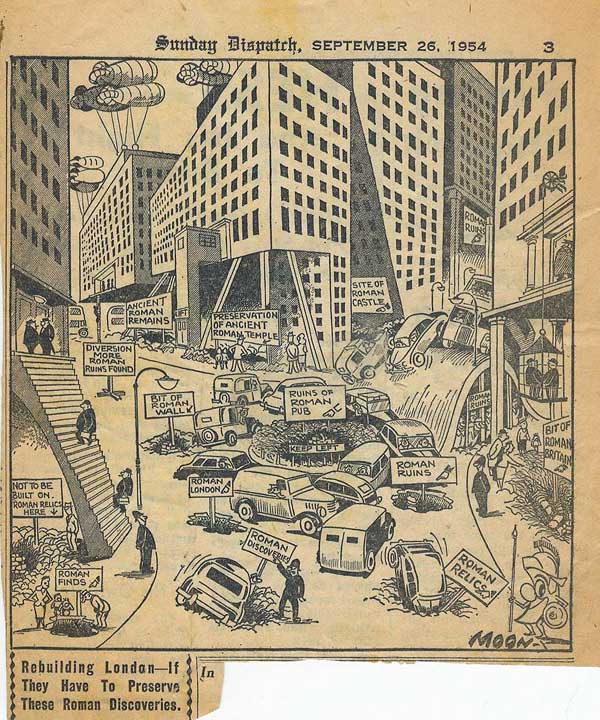