The excavation on the smallish site at 7-11 Bishopsgate in 1994 (ETA89), supervised by Dave Sankey with his customary relaxed grip on the helm, stands out in my mind for two reasons. The first is that Richard Hewett must have single-handedly bought up the entire stock of Kinder Eggs from across London, so there was never a shortage of chocolate to be consumed, or assorted small toys to be assembled during our breaks.

As MOLA’s very own ‘Willy Wonka’ (RIP Gene Wilder), Richard continues in a similar vein to this day, by bringing in an inordinate quantity of sweets and assorted confectionary, to be consumed as ‘comfort food’ by his fellow bay mates, and anyone who happens to be passing.

On the archaeological front, my lasting memory is of what was thought to be a massive  (c 5m x 5m) Roman quarry pit, located close to the Bishopsgate frontage in the south-east corner of the site. As is habitually the case with such features, its uppermost backfills were pretty nondescript, and produced a relatively paltry collection of finds. After days of mindless hacking, and with the outer edges of the feature finally starting to be defined, the top of a flight of stairs, sculpted into the natural brickearth, began to emerge on the south side of the feature. Clearly, time for a rapid reappraisal of its function! 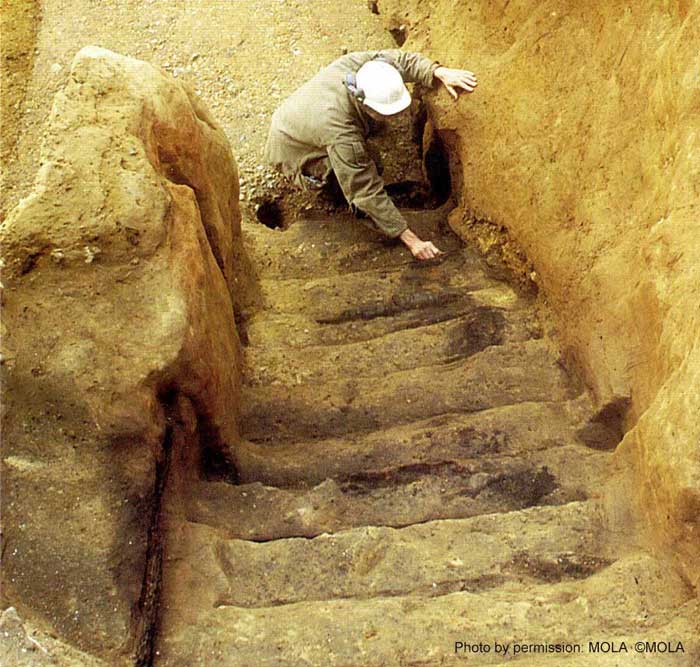 The stairs leading down into the Roman cellar (looking north)

Continuing excavation, revealed that the 1.20m wide stairs, gave access into an impressive 2.70m deep cellar, with the eastern half floored with opus signinum, divided from the unfloored western half by a centrally placed beam slot. The beam it contained is thought to have supported open studs which in turn supported floor joists at ground level. 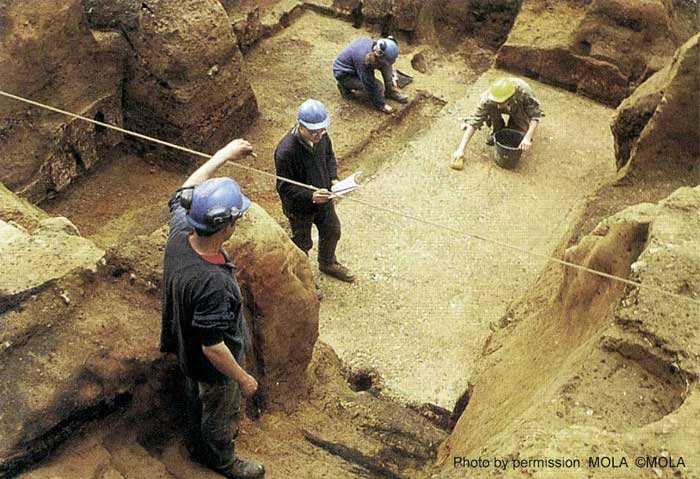 The western half had no floor but exposed natural gravels, in which there was a series of depressions which may have held storage jars. The walls were made of close studs, 400-500mm apart, and driven into natural gravels at the bottom of a deep trench which ran around the cellar sides. They supported wattle and daub and were rendered with plain white plaster. The cellar, and the building that once stood above it, were destroyed in the Hadrianic fire (c AD 120–130), the debris from which filled the lower levels of the cellar.

The Roman cellar remains the best preserved and deepest to be found on an archaeological excavation in the City of London. 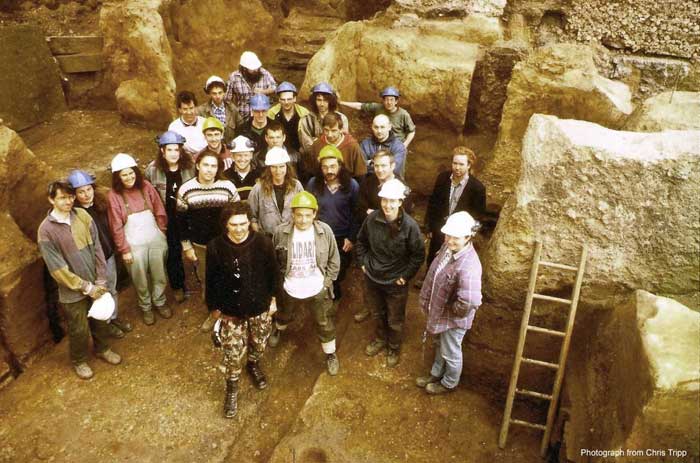