These three images of Andy Plint (including an extremely rare shot of his wonder-dog 'Molly’) were taken in a couple of contractors pits dug in the Rotunda roadway outside of the Museum of  London.
As you can see from the first image of Andy scaling the shoring to escape from the deeper trench, it was clearly taken in the age before ladders had been invented..
Molly can be seen hard at work in the third photo – doing a pretty good impersonation of being dead, whereas she was in fact just sleeping during her short lunch break!
From Ian Blair.

Andy's comment after seeing the photos on Facebook: Happy days with Molly and hair!. Yes still working in stone and conservation in the south west.
About time I updated the website. Hello to everyone I knew at the museum. 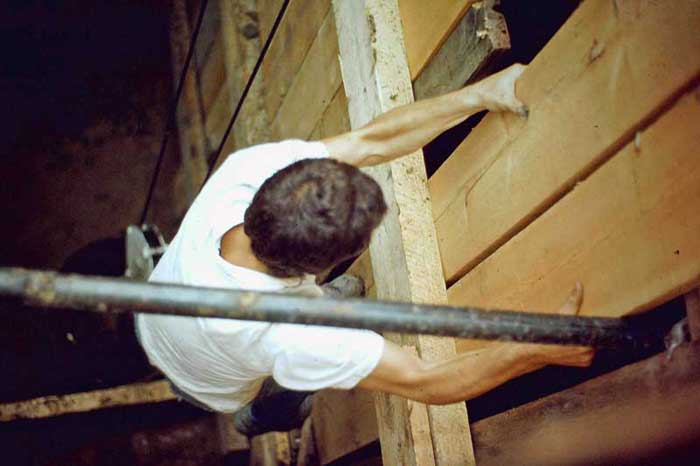 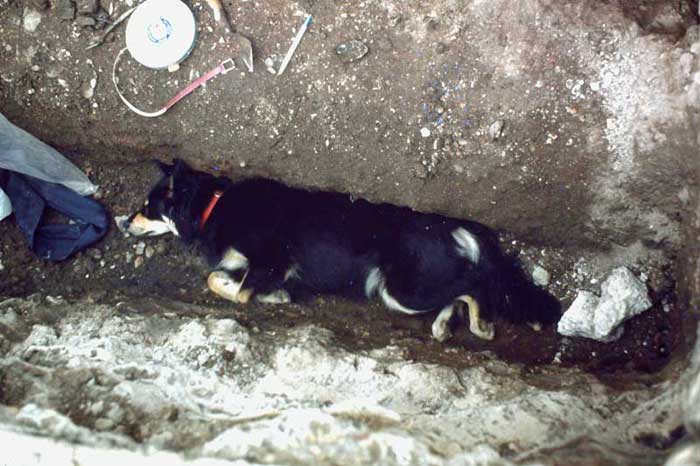 IF YOU HAVE ANY PHOTOS TUCKED AWAY PLEASE
CONTACT US.

The Coastal and Intertidal Zone Archaeological Network (CITiZAN) has been set up in response to these dynamic threats to our island heritage. We are a community archaeology project working in the areas of England exposed at low tide but covered at high tide. We are actively promoting site recording and long-term monitoring programmes led by our active volunteers.